Was The Pandemic A Gray Rhino Or A Black Swan?

You’ve heard of Black Swan events, right? They come out of nowhere and have a catastrophic impact on the world….

You’ve heard of Black Swan events, right? They come out of nowhere and have a catastrophic impact on the world.

But did you know there’s also something known as a Gray Rhino?

Simple. A Gray Rhino is a highly probable, high-impact threat that we ignore even though it’s staring us in the face.

It’s not a random surprise but something that occurs after a series of warnings and visible evidence.

The term was coined by Michele Wucker, global strategist and author of The Gray Rhino: How to Recognize and Act on the Obvious Dangers We Ignore.

The metaphor is simple. A Gray Rhino is the big scary thing with its horn pointed straight at you. It's got a lot of weight, a lot of impact and a lot of danger as it charges towards you. 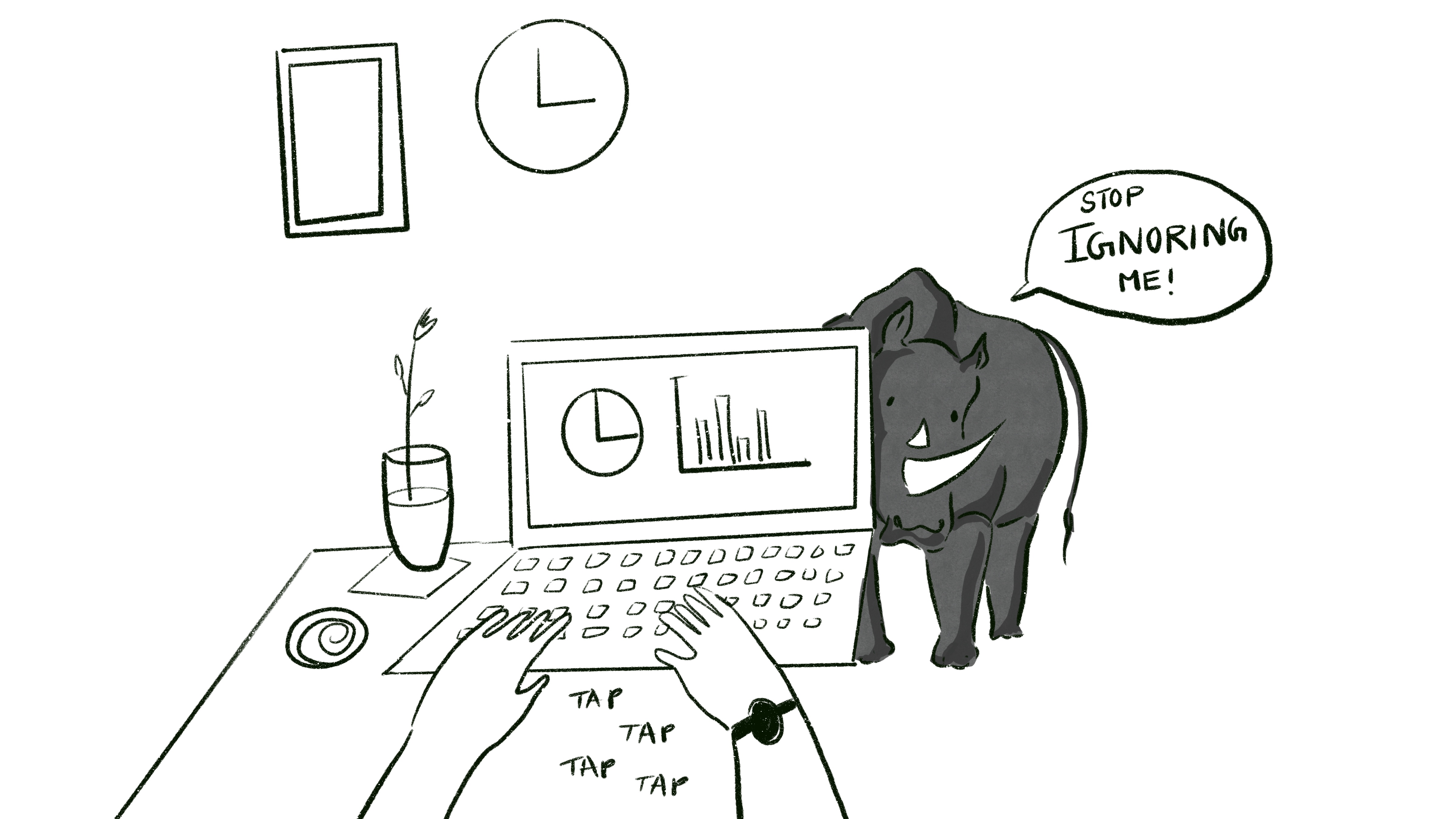 But the good thing is, as it charges towards you, it gives you a heads up or the choice to prepare for it. The sooner you deal with it, the lower its damage.

Examples of such events include the bursting of the housing bubble in 2008, the devastating aftermath of hurricane Katrina and other natural disasters.

How does a Gray Rhino compare to a Black Swan?

The term ‘Black Swan’ was coined by finance professor, writer and former Wall Street trader Nassim Nicholas Taleb to describe events that are impossible to predict because of their rarity, much like a black swan.

So you can’t do anything to prepare for them. 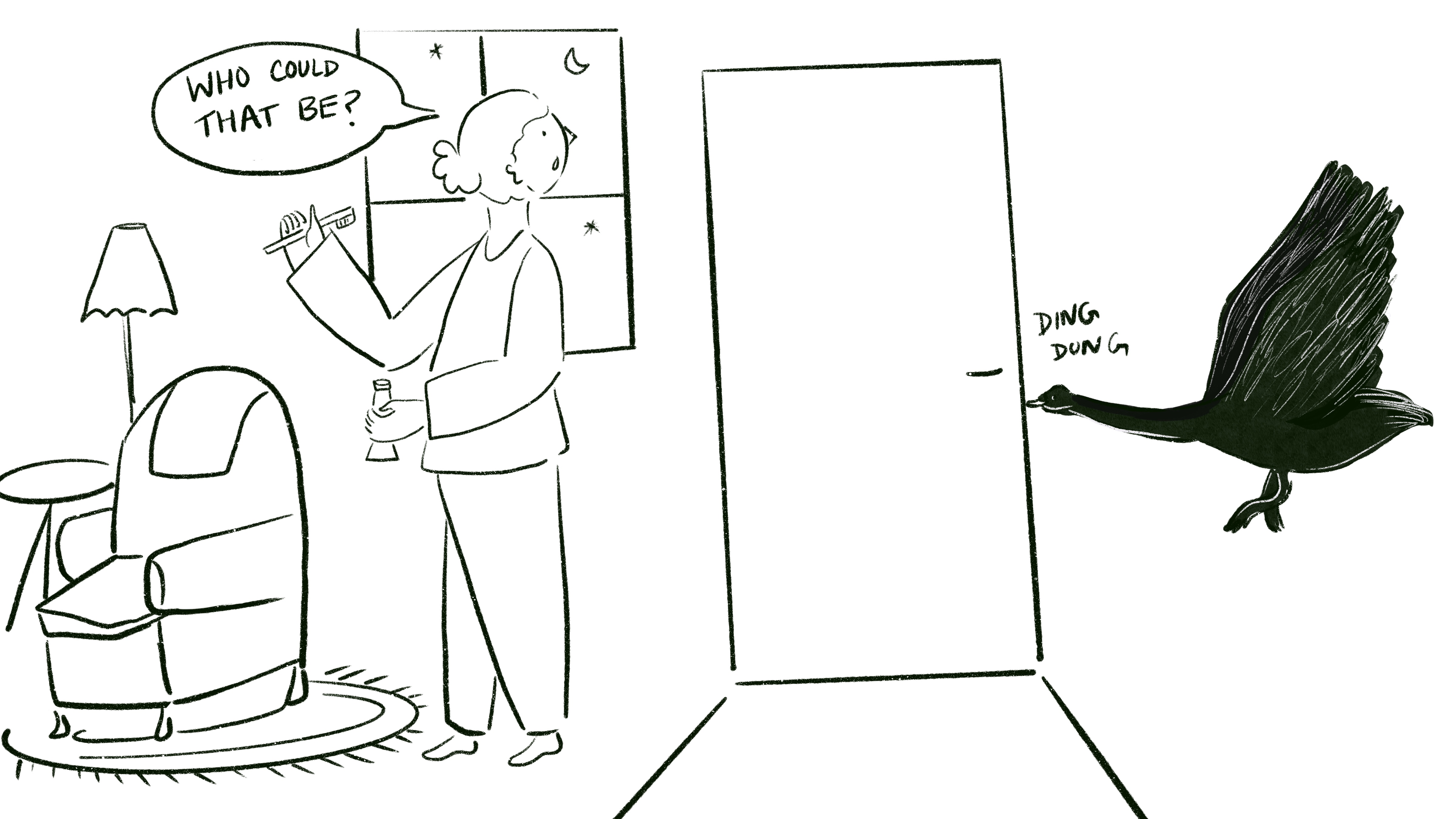 Examples of such events include the 9/11 attacks, the development of the internet and personal computers, World War I and the dissolution of the Soviet Union.

Now that we know the difference, the question is: Was the COVID-19 pandemic  a Black Swan or Gray Rhino event?

Many experts believed the pandemic was a Black Swan event, something that was highly unpredictable.

But a quick look at the data suggests it was actually a Gray Rhino event.

The World Health Organization (WHO) tracked 1,483 epidemics in 172 countries between 2011-18 which showed a big epidemic every two to four years.

In September 2019, the WHO put out a press release with the headline: “World at Risk from Deadly Pandemics”. It predicted “an outbreak equivalent to the 1918 influenza pandemic could kill an estimated 50 [million] to 80 million people…wiping out nearly five percent of the global economy”.

Again, infectious diseases were cited as one of the leading causes of risks for 2020 in the World Economic Forum’s Global Risks Report.

Thus, the COVID-19 outbreak was a “known” or anticipated event. In fact, in many ways, it was a predictable event. The only thing unknown was its exact timing and impact.

Thus if the pandemic was predictable, it could have also been better managed. Unlike a Black Swan event, where every aspect is unpredictable and improbable, the pandemic was in sight–but policy-makers chose to ignore these threats.

It Really Was A Gray Rhino!

Instead of taking action to tackle the threat looming in the distance like a herd of rhinos visible on the horizon, experts muddled along or played the blame game as they searched for solutions to the COVID-19 crisis.

The world only woke up in a panic when the Gray Rhino was about to charge or as the death rates were increasing and the virus was spreading rapidly across countries.

Caught unawares, authorities across the world did not have the tools to act wisely and were trampled by the Gray Rhino instead of saving themselves from it.

Can We Survive Another Gray Rhino Event?

The global response to the pandemic has many important lessons. The secret to avoiding being trampled by Gray Rhinos lies in many factors. It is part character, part luck, part circumstance, part strategy and part leadership.

According to Wucker, the global economy is likely to suffer from a ripple effect of bankruptcies, job losses and defaults in 2021. At the same time, increasingly violent storms, droughts, wildfires and freak weather will threaten insurers, property, coastal cities and, by extension, financial stability.

Are we ready to tackle the next Gray Rhino on the horizon? It will take some long-term thinking, but the world will tame the Gray Rhinos. Just like it took on the many Black Swans.

To know more about Gray Rhinos, listen to our podcast Gray Rhino: Why Do We Ignore Dangers Right Under Our Nose? with Michele Wucker on Habits Matter, hosted by Shreyasi Singh.

Chandrima Chatterjee is a Specialist with the Curriculum team at Harappa Education. The Delhi School of Economics graduate also loves to read fiction and hopefully will write and illustrate one someday.

Browse our catalog of online courses that will help you develop new skills for your personal and professional growth.